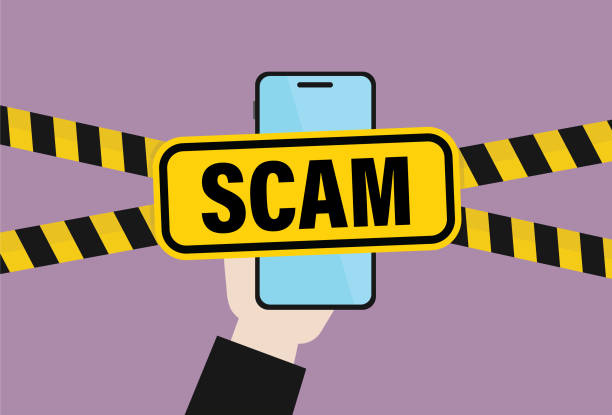 THE DERIVATIONS OF CONSO WEB 2.0 FORUMS

They are called Signal-Arnaques.com, Scamdoc.com, UFC Que Choisir, 60 million of consumers and incidentally Trustpilot France they all claim to be engaged in consumer prevention except that the reality of the practices that you will see in this ShoppyDeals Review section is very different from fair play business practises.

First, we will present to you the unfair practices of Signal-Arnaques.com and Scamdoc.com, the two sites of the company HERETIC SAS domiciled in Troyes in France.

They present themselves as internet vigilantes and kind content hosts making their reporting platform available for free to consumers.

Reality : A well-crafted advertising scam because on each report of scams on Signal-scams or evaluation of the confidence index of a website on Scamdoc, mother Society HERETIC SAS reap huge advertising revenues on the backs of their users.

To put it simply, it's as if Robin Hood was stealing from the cash register 🙂

There is nothing wrong with making money through your commercial company except that in this case you are in a mix of genres that are not very ethical and misleading commercial practices L121-3 of the consumer code.

Besides, French justice has already pinned down the practices of the company HERETIC SAS three times :

Then a small overview of their unfair practices by the screenshots below which say a lot about the level of ethics and professionalism of the ambitious founders Anthony Legros andJean Baptiste Boisseau.

Decryption: Sponsored links and paid ads at Google France by the Society HERETIC SAS and its founders to take revenge on the one hand for the highlighting of their advertising business on the backs of E-merchants and on the other hand this constitutes a very lucrative investment which will quickly be profitable by the diversion of Google searches to their websites Signal-scams.com and Scamdoc.com in order to introduce consumers to their own advertisers and receive compensation for this business.

In short, unfair practices of irresponsible revenge, assumed offenders and certainly not serious websites that want to warn consumers.

If you are an E-trader and want to join the petition of the victims of this unfair business, follow the following link:

In the case of the association UFC Que Choisir, we noted with horror the practices of Cyril BROSSET, an activist journalist employed by this association whose methods have nothing to envy to the worst thugs...

A non-exhaustive overview of practices unfair of this alleged “journalist” who seems to have serious problems of respect for ethics and deontology in his profession.

Below is the purchase of a sponsored link at Google France and keywords associated with the Shoppydeals.fr marketplace of course with the money of the members of the association UFC Que Choisir!

Apparently this link is used to sell the comparisons for the electric heaters made by the UFC teams by using the domain name of Shoppydeals.fr without authorization for commercial purposes but for Cyril BROSSET the intellectual property is only a detail with which he does not bother!

The worst by clicking on the link of this advertisement remember the bought with the money of the members ofUFC Que Choisir, Cyril BROSSET the sulphurous journalist redirects you to the link of an article charging against the shoppydeals.fr website and not to a comparison of radiators!

Violation of intellectual property, false advertising towards the members of his own association and this is only a tiny part of the villainous excesses of this shame of activism and journalism that is Cyril BROSSET!

A picture is worth more than 1000 words is what a respectable consumer association should stoop to false advertising to sell more subscriptions or tolerate such villainous practices within it!

Cyril BROSSET who is behind this misleading advertising engages UFC Que Choisir his employer in these dirty tricks and his obvious lack of professionalism and ethics, he seems to have set up an unofficial partnership with the managers of the company HERETIC, publisher of the sites Signal-Arnaques & Scamdoc because it is found in all the bad buzz operations set up by the latter against the detractors of their methods.

We understand better why a journalist who has been a graduate for more than a decade ends up as a perfume and delivery time tester on UFC Que Choisir instead of becoming a great reporter or a journalist recognized by his peers for his rigour.

Far be it from us to belittle this poor gentleman, even if he did worse against the manager of Shoppydeals France (uninhibited racism, misogyny, harassment, even his three-year-old child was threatened..)

In short, justice will do its job, however, there is no just sub-job of men and women who do their job badly, but reading the article below by clicking on the image you will understand the villainous actions of this alleged journalist assigned to the Defense of consumers and why we are issuing a public alert on these actions.

A respectable association subsidized largely by the taxpayer should not do that!

It should not otherwise tolerate such practices within its ranks or have dubious positive opinions on Trustpilot! to give the illusion of a perfect service to sell more magazines to the consumers and to make it its principal activity those who want to give examples of morality to all as regards misleading commercial practices!

It is clear that it has become a business like any other with the label “consumer protection” and with the money of the consumers without wanting to be bad language it would seem in view of the practices observed that the +30 million euros in turnover carried out according to their declaration of annual accounts made them forget their basic prerogative as an association.

FORUM 60 MILLION: THE DEMOLISHER OF COMPANIES WITH MONEY FROM FRENCH TAXPAYERS!

60 million consumers & UFC Que Choisir are tearing themselves apart to obtain the monopoly of e-reputational pressure on companies… The pretext? Inform and protect the consumer. We can speak of a pretext because today, the editorial line of the 2 media is completely adrift..

60 MDCs, one of these champions of tracking down crooks and scammers (companies) is not absolutely beyond reproach… If the criticism is true, each of our companies is ready to make amends, to question themselves, to make evolve its products… But at least that it is by organisms giving the example of good conduct. However, this is far from the case: Indeed, for many years the Court of Auditors has been pointing out the management excesses of the National Consumer Institute!

We can even speak of a ludicrous situation, since the organization whose very essence is to criticize the products and services of OUR French companies, does so – badly – with OUR TAXES, therefore our hard-earned money. Do you want evidence ? Here it is:

Extract from the report of the Court of Auditors of 2016: (Read the report here)

To carry out its missions, the INC which publishes 60 million has a subsidy paid by the DGCCRF within the framework of the annual agreement of objectives and means, which amounted to 4.37 M€54 in 2020, including €908,000 for the CTRC/SRA.

All this to post fake consumer complaints ignoring requests to take down illegal content from companies like Shoppydeals.co.uk and have a mediocre reputation even among its own users!

The scene is set, we are indeed in France… With a private sector bludgeoned by taxes and compulsory levies and part of the “government booty” of which is allocated to this type of public structure – it must be remembered – whose purpose is a weakening of the economic fabric, yet already quite badly affected elsewhere... Couldn't we call that "shooting ourselves in the foot"?

Of course not, it's only a joke. Bad, certainly, but a joke, carried by the arrogance and the certainties of those who have perhaps never worked and thus think that, as in the time of the serfs, contractors are to be worked at will and replaceable in the event of "death". 'extinction "…

There must be some who work if we give them the opportunity to do so so that others can have fun with taxpayers' money...

AN OUTDATED BUSINESS MODEL AND A MISCONSUMER PROTECTION MISSION

Historical review platforms like Trustpilot France and associations like UFC Que Choisir and 60 million consumers instead of serving as a model of ethics and professionalism and presenting a new and virtuous business model for managing Online Reviews that will serve their interests and those of consumers without necessarily harming jobs and E merchants are unfortunately increasingly inspired by the deviant and illegal business model of garbage and multi-condemned sites such as signal-scams.com & Scamdoc.com.

This unhealthy partnership leads today and in the future more and more to a firm and determined response e-commerce platforms like the ongoing class action against Trustpilot France and its abuses as well as the repeated judicial convictions of Signal-Arnaques and Scamdoc.

Consumer complaints and disputes against E-merchants must be verified before being published, it is no longer possible to let anyone post anything on the forums WEB 2.0 and denigrate companies with a simple email address like what has been practiced for too long on UFC What Chosenr and 60 million consumers and which leads to all the excesses mentioned above!

Moreover, it is the very meaning of article L 111-7-2 of the consumer code which provides that "Any natural or legal person whose activity consists, on a principal or ancillary basis, in collecting, moderating or disseminating online opinions from consumers is required to provide users with fair, clear and transparent information on the methods of publication and processing of online reviews”.

To start a simple mission for the direction of UFC Que Choisir and 60 million consumers reinforce the controls of their journalist moderator and if necessary sanction them because it is a question of destroyed jobs, tarnished reputation, family income in danger because everyone is not lucky enough to be subsidized handsomely by the French taxpayer!

Finally, it is urgent for its platforms to train their staff in order to stop with this unhealthy activism of some of their members which dates from another era and which consists in seeing all companies as potential crooks and scams, the majority of E-traders are small structures on a human scale and not "bastard bosses" with indecent remuneration!

In the majority of cases, this will save costs of legal proceedings, settle consumer disputes amicably and finally fulfill their mission of using the public without necessarily undermining the work of these E-traders who do not have the chance to receive a fixed salary at the end of each month thanks to the French taxpayer!

Good luck to all sellers